Fairfax City was Ranked No. 3 in the “Top 25 Places to Live Well” by Forbes Magazine in 2009, Fairfax City is situated in the Northern Virginia area nestled in the middle of Fairfax County. The town was originally established as the Town of Providence by an act of the state legislature in 1805. It was officially renamed the Town of Fairfax in 1874, and became an independent city in 1961. 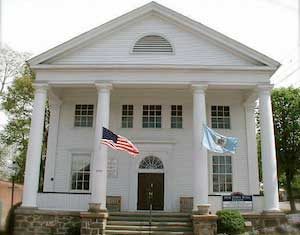 The area that now comprises the City of Fairfax was first settled in the early 1700s by farmers migrating from Virginia’s Tidewater region for religious and economic reasons. Fairfax County was established in 1742, when Alexandria, where the county court was located, temporarily became a part of the District of Columbia.

The county court was established at the corner of what was then called Little River Turnpike (Main Street) and Ox Road, a major regional crossroads both then and now. The little town surrounding the court was then known as Earp’s Corner and in 1805, by an act of the state legislature, named the Town of Providence. However, for years it was commonly called “Fairfax Court House” and was officially renamed the Town of Fairfax in 1874.

Fairfax was the scene of several noteworthy events during the Civil War. Captain John Quincy Marr, the first officer casualty of the Confederacy, was killed at Fairfax Courthouse on June 1, 1861. By late 1862, Union forces under the command of Brigadier General Edwin H. Stoughton occupied the town. In an audacious raid led by Confederate Colonel John S. Mosby in March of 1863, Stoughton was captured while he slept in a house belonging to Truro Episcopal Church.

Also in 1863, Antonia Ford, whose girlhood home was the Ford Building on Chain Bridge Road, was imprisoned as a Southern spy after being accused of aiding Confederate General J.E.B. Stuart. She fell in love with her jailer, Major Joseph C. Willard, who secured her release from prison after seven months. They were married, and their son Joseph built Old Town Hall in 1900. The story of Antonia Ford is told in a special exhibit in Antonia’s childhood home, now called the Ford Building, at 3977 Chain Bridge Road. The exhibit is a gift to the city from The Woman’s Club of Fairfax. 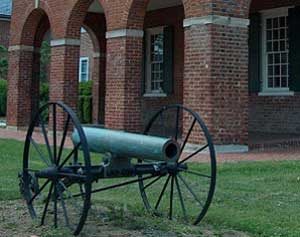 Fairfax County, founded in 1742, was named for Lord Thomas Fairfax who received a land grant of five million acres from King Charles II of England. The region once included what is now Loudoun County, along with Arlington County and the cities of Alexandria and Falls Church. Beginning around 1750, roads were built, industry increased and forests were cleared for farmland, creating many changes in the regional landscape. During the late 1700s, economic, commercial and demographic changes took place as well.

Two of the county’s most distinguished citizens, George Washington and George Mason (father of the U.S. Bill of Rights), became major forces behind the formation of the American nation. Their homes—Mount Vernon and Gunston Hall—have been preserved, offering visitors a glimpse of life in the late 18th century.

Virtually caught in the middle of the Civil War, Confederate troops were positioned in the western section of Fairfax County and Union soldiers encamped in the northern and eastern portions. The First and Second Battles of Manassas (Bull Run) were fought just south and adjacent to the county. Both battles were responsible for thousands of casualties. 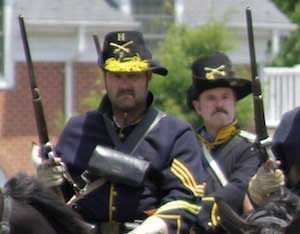 Remaining largely rural until well into the 20th century, the region experienced revitalization and growth in the 1930s when the expanding federal government created a corresponding need for housing near Washington, D.C. Once an agricultural area dotted with dairy farms, the landscape has evolved to include residential developments, business complexes and shopping districts alongside its farms, historic sites and acres of parkland. In the 1970s, the region joined the ranks of the nation’s top 10 Standard Metropolitan Areas.

Today’s Fairfax is buzzing with change. The region parallels the development of our nation and the transformation from a rural crossroads to a prosperous and thriving metro area. Continuing to be a leader in economic development and quality of life, the area maintains its high standards of health, education and resident services. Attracting thousands of high-tech businesses to the area, today’s Fairfax is a region that is preserving its heritage while securing its future and yours.