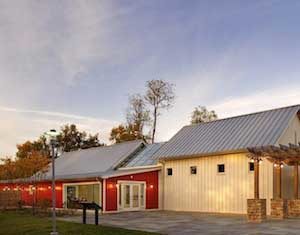 The City of Fairfax’s historic buildings and landmarks are tangible reminders of local heritage and the important role the town played as a major crossroads and judicial center in Northern Virginia. Most historic sites are located within the city’s historic downtown area. In 1987, the City of Fairfax Historic District was named to the National Register of Historic Places.

Free brochures provide a walking tour of noteworthy buildings and monuments in Old Town Fairfax (see Map of History for self guided walking tour) and offer a brief history of the city. These brochures are available from the:

Guided walking tours of the city’s historic district are offered periodically by the museum; call 703-385-8414.

Historic properties outside the Historic District illustrate the area’s 19th-century rural heritage and 20th-century transformation into a suburb of Washington, D.C. Blenheim, the c.1855 brick farmhouse on Old Lee Highway, is famed for its 100+ inscriptions from Union soldiers when the Fairfax Court House area was occupied intermittently from 1862-1865. In 2001 Historic Blenheim was added to the National Register of Historic Places. Adjacent to the house is the Civil War Interpretive Center, opened in 2008. The Center’s mission is to enhance the educational experience of the site for visitors.

A gallery inside the Interpretive Center contains displays which places the Union soldiers who stayed at Blenheim within the larger framework of the American Civil War. Since the second floor and the attic are not accessible by the public, the Center also hosts an exact replica of two-thirds of Blenheim’s attic with life-sized images of the inscriptions. Additional features include an assembly room for school groups, tour groups, lectures and special programs, along with temporary exhibits which are displayed on the walls.[6]Blenheim will be added to the National Register in early 2001; it is being restored and is closed to the public except during the annual Blenheim Civil War Encampment , held on May 3-4, 2003. The Tastee 29 Diner, built in 1940 on the Lee Highway commercial corridor, is also individually listed in the National Register.

Historic Fairfax City, Inc. (HFCI), a non-profit organization, helps the city interpret historic sites and raise funds for building preservation. HFCI is the advisory board to the City of Fairfax Office of Historic Resources, charged with managing the operation of City-owned historic properties. The City Council appoints the HFCI board. Members are always welcome; for information, call 703-385-8415. 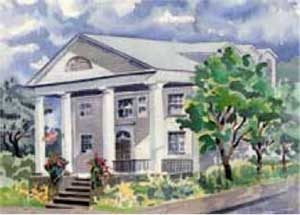 Old Town Hall is the social and architectural cornerstone of the City. Joseph E. Willard presented the Hall as a gift to the citizens of Fairfax in 1900. Built by Arthur Thompson, a local contractor, the classical revival style Hall retains much of its original woodwork. Old Town Hall’s second level houses the Huddleson Library and is home to the Fairfax Art League.

The Hall is available for rental for wedding receptions and other gatherings. For information about reserving the Hall, email or call 703.385.7858 For more reservation information or to set up an appointment to view a venue, contact either Brianne Baglini at Brianne.baglini@fairfaxva.gov or 703-385-1703 or Kaveh Tajalli at Kaveh.tajalli@fairfaxva.gov or 703-293-7119. 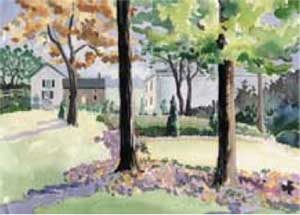 Built by Richard Ratcliffe in 1812, this house is one of the City’s oldest residences. This house museum interprets the daily activities of some of its twelve owners and occupants, illustrating commercial and domestic change along Main Street during the 19th and 20th centuries.

The last two private owners were Kate Waller Barrett, prominent social reformer, and her daughter, Kitty Pozer. Pozer, a respected gardener, deeded the house to the City in 1973. The Ratcliffe-Allison House houses the office of the City’s Director of Historic Resources. The house is open to the public during City special events and during walking tours offered during the spring and fall. For house tour information, email or call the Fairfax Museum & Visitor Center at 703-385-8414. 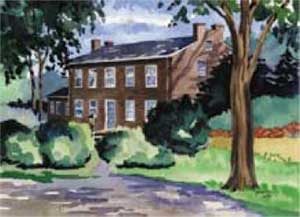 Blenheim is currently closed to the public during a multi-stage restoration, but is open once a year during the annual Blenheim Civil War Encampment (June 1-2, 2002) held on its grounds. The property will be added to the National Register of Historic Places in early 2001. It is nationally significant for the 100+ signatures, art, and poetry created by Union soldiers during their occupation of the Fairfax Court House area in 1862-1863.

The house contains one of the most voluminous and best-preserved examples of Civil War graffiti in the nation, a “diary on walls” providing insight into typical soldier life during the Civil War. Another historic property, the c.1840 Grandma’s Cottage, will be was moved to the Blenheim complex in early 2001. Both buildings are associated with the Willcoxon family, instrumental in the early-19th-century history of Fairfax.